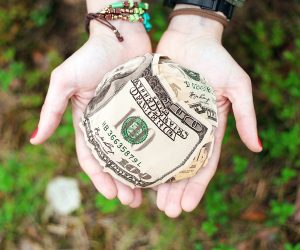 In a divorce, the Court is required to answer four questions:

1.     On what grounds is the divorce going to be granted?

2.     How is the property acquired during the marriage going to be divided?

4.     What ongoing support is going to flow from one party to the other, if any?

What a lot of people don’t realize is that these questions have to be answered in exactly this order. In the case of Anderton v. Anderton, the Court of Appeals describes the process: “Only after the status issues have been decided should trial courts turn their attention to the financial aspects of the divorce decree.”

An example of how this works:  The Court never reaches the issue of how property is to be divided (question 2) if there’s not going to be a divorce in the first place – so grounds for divorce (question 1) are the first question that must be answered.

Similarly, how property is divided has a direct impact on custody. One or the other parent is likely going to get the marital home – and likely the mortgage that goes with that house.  Whoever gets the house is often more likely to get primary custody of the children – that’s because courts like to keep things stable for children, and don’t like them to have to move and risk changing schools, for example. Whoever gets primary custody of the children is more likely to get child support, and is more likely to get alimony – because whoever got that house now has that mortgage payment.

Another example: someone is more likely to get most of the retirement and bank accounts (usually the person who didn’t get the house). That person is likely to have less need for alimony, because (a) they don’t have as many of the expenses related to raising the kids, and (b) they don’t have the mortgage payment, and (c) they have more “liquid” assets at their disposal. Because their bills are less and their liquidity higher, they are less likely to need as much alimony.

Another example: one spouse may make a lot more money than the other, but depending on the child custody agreement, they may already owe so much in child support that they don’t have money left over for alimony.

Answering these four questions is like putting a big puzzle together if you have a good attorney. What we need from you is a clear vision of the kind of life you want after the divorce is final – that vision is like the picture on the puzzle box. From there, we answer the four questions, in order, with the last question answered being the question of alimony. No one wants to pay alimony, and many people need it. To minimize that need, or that obligation to pay, requires us to carefully consider the other pieces of this puzzle, in the Order mandated by Anderton, and with an eye to good common sense and planning.

If you’re looking for an attorney to help you answer these four questions, call 865-685-4780 to schedule a case assessment with Margaret Held or another Held Law Firm attorney.