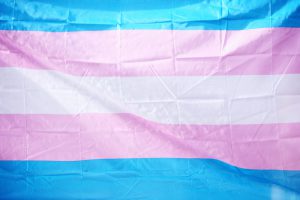 Determining whether a parent is fit for custody can be complicated. Transgender parents going through a divorce face the alarming possibility that their identity could factor into a court’s ruling on custody. While courts cannot deem a parent “fit” based solely on gender identity, some states have upheld the termination of transgender parental rights without sufficient evidence as to how their gender identity may harm a child.

It’s unsurprising that there has been a dearth of evidence. As pointed out by the folks over at Lambda Legal, children have less rigid ideas of gender than adults who have spent their entire lives socialized to believe that gender is biological. Additionally, studies have indicated that passing on traditional gender ideals makes a lasting negative impact on the mental and physical health of adolescents. There is little reason to believe that a transgender parent would be any more harmful than a cisgender one.

The way that courts get around this is by citing the “best interest” of the child. One such example on Lambda Legal’s transgender parenting FAQ states:

In Cisek v. Cisek, the court terminated a transgender parent’s visitation rights, holding that there was a risk of both mental and “social harm” to the children. The court asked whether the parent’s so-called “sex change” was “simply an indulgence of some fantasy.” An Ohio court imposed an indefinite moratorium on visitation based on the court’s belief that it would be emotionally confusing for the children to see “their father as a woman.”

Existing case law varies wildly by state. For example, states like Kentucky and Nevada have wholly terminated parental rights based on gender identity. On the other hand, Colorado appellate court was able to reverse a decision that would have transferred custody away from a transparent. While most states have no recorded cases involving the fitness of a transgender parent, the ACLU found that one of the factors in losing those cases was a failure to include the testimony of expert witnesses. A psychologist, for example, may be able to educate a court regarding transgender parenting and its effect on children. Therefore, it is imperative that trans parents find representation that is empathetic towards their struggles as members of the LGBTQ community.

Transgender parents need to know their rights. If you are looking for an ally in the fight for your child, give us a call.