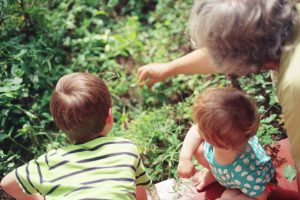 Abuse and neglect are the most common reasons children are removed from the custody of their parents. In abuse and neglect cases, the children may be taken into state custody. But sometimes, parents might consent to grant custody to grandparents, perhaps to avoid state involvement.

If you live in another state, then the Interstate Compact on the Placement of Children (ICPC) may come into play

If the placement is for purposes of adoption the ICPC does apply. Then, Tennessee’s ICPC office will contact that of the state where the grandparents are located. This may result in a home study of the prospective adoptive grandparents. That’s just to make sure the environment is appropriate.

Basically, the ICPC is a method for the states to communicate and ensure that the protection and best interest of the child will be served by the relocation.

Adoption and custody cases can get fairly complicated. Much depends on whether abuse or neglect is suspected, custody is being transferred across state lines or any number of other circumstances. You may need an attorney to ensure that your children or grandchildren’s best interests are being represented. If that’s the case, call Held Law Firm at (865) 685-4780. We’re here to help.

The information in this blog was compiled and written by Melanie Hogg and is accurate as of the time of publication, but laws often change. That’s why it’s important to hire an attorney who keeps up with these changes. Contact us today.