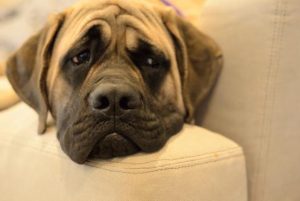 The New Year brings new laws in many states. One interesting law in Illinois that went into effect on January 1, 2018, treats pets more like children in divorce action than property. In Illinois, effective January 1, a pet may be subject to a custody order if the owner's divorce.

A divorce can sometimes create an intense dispute over custody of what some call four-legged, or fur, “babies.” In most states, pets are property that can be distributed to one side or the other if the parties cannot agree otherwise. This new Illinois law, similar to one in Alaska, allows for the Court to consider the best interest of the pet in deciding what would be a fair arrangement. Under the new law, pets can be subject to joint custody pursuant to a divorce order. Note that this new law applies only to companion animals and not to service animals.

Ours is a nation of pet lovers and this issue of who gets the pet is not rare. Most people can reach an agreement outside of court but if an agreement cannot be reached, this law gives a judge more discretion in fashioning an arrangement for a pet during a divorce. A judge may be able to consider who is providing most of the care for the animal, taking the animal to the vet and on walks, and award the pet on a best interest analysis to the party most involved with the pet.

Tennessee law classifies pets as personal property but there are some things you could do to protect your ownership of a pet, such as including your pet in a pre-nuptial agreement or making a post-nuptial agreement if acquired after marriage as to what happens to your pet in the event of a divorce.

If you’d like to discuss marital property or custody issues with an attorney, call 865-685-4780 to schedule a case assessment with Melanie Hogg or another Held Law Firm attorney.