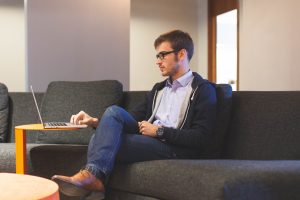 One of the fifteen factors a court must consider in custody cases is the impact of a parent’s mental health on his or her ability to parent. To be clear, suffering from a mental illness does not mean you are going to lose a custody fight and just because your spouse is acting crazy doesn’t mean they are going to lose a custody fight either. However, custody cases where mental health is an issue present complex problems for your lawyer to work through.

In cases where a parent believes that the other parent’s mental health negatively impacts their ability to parent, a lawyer can utilize several tools to prove the case. First, your lawyer can subpoena the mental health records of the other parent.  This action will likely be resisted, and your lawyer will likely have to go to court and get an order for these records to be produced.

A second tool lawyers commonly use is an Independent Medical Evaluation or “IME.” The parent who is subject to an IME takes a series of tests, administered by a psychologist with special training, usually including the MMPI and the PAI. The psychologist then gives the court an opinion on the person’s ability to parent effectively, including any challenges that person may face from a psychological perspective. To get an IME, your lawyer will need to file a Motion pursuant to Tennessee Rule of Civil Procedure 35. Most discovery rules allow your lawyer to get information if it is “reasonably calculated to lead to the production of discoverable information” – in English, that means you can ask just about anything.

Independent medical evaluations are ordered pursuant to Tennessee Rule of Civil Procedure 35. To get one, a lawyer must show a court two things:

1.     The mental health of one or both of the parents, and/or of the children, is an issue.

This is harder than it sounds. Your lawyer can’t get a custody evaluation simply by alleging your ex is crazy no matter how much you believe this to be true. Instead, your lawyer will need to show an objective, relatively neutral basis for the claim that one of the parents has mental health issues that negatively impact their ability to parent. Your lawyer might show a history of documented mental health treatment, or perhaps produce testimony from people who have heard the parent recently threaten suicide, report having hallucinations, or produce some other concrete evidence of specific symptoms suggesting a diagnosable mental health problem. Furthermore, that problem needs to have an identifiable impact on that parent’s ability to co-parent a child. Just because someone is bipolar, for example, doesn’t mean they can’t effectively parent – many people living with bipolar disorder effectively manage their illness with medication and treatment, and make great parents. Instead, your lawyer will need to show how that their mental illness limits their ability to parent safely and effectively.

2.    Information related to the mental health of the parent is not available through any other means.

Most parents who suffer from a mental health disorder have obtained treatment at some point in their lives. However, records of mental health treatment, and in particular communications between the mental health service provider and the patient, are privileged. “Privileged” communication means that, absent any immediate threat of physical harm, no one other than the patient and his/her provider can know what was said in treatment.

The patient can waive the privilege, and if s/he does, then obtaining an independent custody evaluation is that much more difficult. You must show that there was something that the therapist did not consider – something that is incomplete and otherwise unobtainable in the therapist’s records.

If the parent who has a mental health history refuses to disclose his/her records, then you likely have grounds to obtain an Independent Medical Evaluation.

Other things you should know if the subject of an Independent Medical Examination has come up in your case:

First, the law in this area is developing recently and rapidly, and different judges treat this matter differently. For instance, in some courts, even if both parents have no mental health symptoms, a court will order a mental health evaluation of the parents when a child is in treatment. It is extremely common for children of divorcing parents to be in therapy; thus, in these courts, it is relatively easy to obtain a mental health evaluation of either or both parents.

Other courts point to how intrusive these evaluations can be and hold that only a parent who has a documented mental health history will be subject to an evaluation even if the child is suffering due to his or her treatment by that parent. When this is the case, if the parent has never obtained treatment, your lawyer is going to have a tough time getting a mental health evaluation.

Second, if both parents are accusing the other of having a mental health issue that interferes with their ability to parent (which happens all the time), then the court may well order a “custody evaluation.” A custody evaluation is simply an Independent Medical Evaluation that is performed on both parties, the children and any other significant members of the household. In that process both parents take several mental health tests, and the psychologist compares the results and makes specific recommendations for custody and co-parenting time based on the parents’ relative strengths and weaknesses, what the child’s emotional needs are, how the parents relate to each other and how they each relate to the child.

Third, the person who asks for the Independent Medical Evaluation gets to choose who performs it and must pay for it. If a custody evaluation is performed instead, then the parents typically share the cost. These evaluations are expensive in the Knoxville market and run anywhere from $2,000-$12,000 for the first party more with each additional person who is evaluated.

Fourth, you get what you pay for. Too often, in the name of saving expense, lawyers hire unqualified people who do a bad job, resulting in a greater mess being created than in psychological issues that affect parenting becoming identified and resolved. Mistakes made by evaluators often include:

Fifth, many courts make huge mistakes in dealing with psychological evaluations. Some courts mistakenly substitute the judgment of the evaluator for their own judgment. Your attorney should never allow a judge to blindly follow the psychologist opinion. Other custody considerations matter. Evaluators should only evaluate the psychological profiles of the parents and children in a case. They should never give an opinion on any of the other fifteen statutory  custody factors. Conversely, some courts refuse to consider the psychological evaluator’s opinion at all. This is also a mistake, because the mental health of a parent is specifically listed as one of the custody factors.

Sixth, as of the day this blog was written, in the Knoxville area, very few qualified psychologists perform quality Independent Medical Evaluations. Your attorney needs to know who the few that do good work are and need to ask them pointed questions along the way to make sure the evaluator does their job. Even more difficult is when your case is hotly contested. Some evaluators refuse to work with attorneys who are obnoxious. Your attorney needs to have a strong professional relationship with the mental health community so that the evaluator will be willing to stand up for your children in court, even in the face of opposing counsel’s attack.

If mental health is an issue in your divorce or custody case, you must hire an attorney who is experienced in working with psychologists and forensic psychological evaluators. If your attorney does not understand how these reports work, s/he won’t understand how to defend a good one or attack a bad one. Your attorney needs to know enough about psychological evaluations to be able to assess the quality of the respond and review the raw data to determine whether there are any obvious mistakes, to review the testing process to determine whether there are any obvious procedural flaws, and to ask the right questions to connect the dots between the data and the procedure and the results of the evaluation. Your lawyer needs to have sufficient respect from psychologists to be able to ask pointed questions and get straight answers. S/he needs to know who the good evaluators are, and who to avoid, given the specific issues in your case. And s/he needs to be able to present the evaluator’s report and testimony effectively to the court.

At Held Law Firm, attorney Margaret Held typically reviews and prepares cases that involve custody and psychological evaluations due to her experience and the specific, specialized knowledge and experience such preparation takes. Margaret has examined the work product of every qualified (and a few unqualified) custody and mental health evaluators in Knox County and many of the evaluators in the surrounding counties. She has reviewed and analyzed numerous mental health evaluations and the raw data supporting those evaluations in the context of her child custody work and knows what to look for, what to attack, who to hire, and who to avoid. She has assisted numerous evaluators in the preparation of their testimony and cross-examined many more. If one of the parents in your custody case has a mental health issue, Held Law Firm may be the best firm for your family.

If you’re ready to schedule a case assessment with Margaret Held or another Held Law Firm attorney, call (865) 685-4780 to make an appointment.