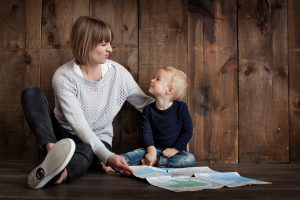 If you’ve relocated to Tennessee with a previous parenting plan, you may be wondering when you can get started on parenting plan modifications.

Tennessee follows the Uniform Child Custody Jurisdiction Act (T.C.A. 36-6-201). That Law governs when you can file to modify custody in a state (called “jurisdiction”) and is generally the same law in most states.  While analysis of jurisdiction can get complex, quickly, here are the basics:

Credibility is key. The point of the phone call is to ensure that there is no trick going on here, that no on is trying to kidnap the children, and no one is trying to avoid having to follow the rules the other judge handed down in the old state.

Especially your first time filing in Tennessee, you are going to need the additional preparation and credibility that a good family law attorney gives you. We have handled hundreds of these cases and will be happy to welcome you to Tennessee (and the Tennessee courts). Give us a call when you are ready to go.

When you’re ready to schedule a case assessment with Margaret Held or another Held Law Firm attorney, call 865-685-4780.