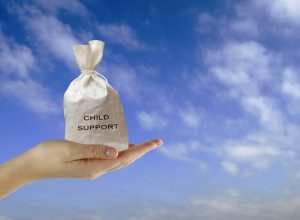 When To Contact An Attorney
This will often depend on the situation. The number of times late, the work situation of the non-custodial parent, and more. Many family lawyers in Tennessee recommend a parent wait between 45 and 90 days before contacting an attorney. If someone seeks legal help before 45 days have has passed, there is a chance the payment could arrive late. Once the time reaches 90 days, the payment may not be made. In many cases, an experienced Tennessee family attorney will write a dunning letter to the non-custodial parent behind in support payments. This is often effective as most people want to avoid having a court take action against them.

Child Support Enforcement
Should a non-custodial parent not make their support payments, they will be subject to enforcement measures listed in Federal and Tennessee child support laws. This could include the automatic withholding of earnings and other forms of income. Their assets could be seized by the Financial Institution Data Match (FIDM) program. Any federal tax refunds could be kept for child support payment. A person could be denied the approval of their application for a U.S. passport. Any professional license, driver’s licenses as well as any other licenses could be revoked. Liens could also be placed on their personal or real property.