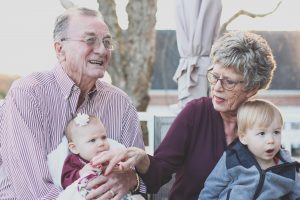 When you are in your fifties or sixties, you are likely looking forward to retirement. It probably doesn’t occur to you that you might need to raise your grandchildren.

But grandparent adoption happens. According to a study conducted by the Council on Aging, in Tennessee, over 70,000 grandparents are raising their grandchildren. And, that number is on the rise, as parents fall to opioid addiction, are forced into treatment centers or jail, or die from an overdose. The message? You are not alone. But it’s easy to feel that way when you don’t have someone who has been through the experience to talk to. With that in mind, I interviewed a former client about her experience getting custody of her grandchild, and then making the decision to adopt. We’ve changed some significant details to protect privacy, but here’s what she had to say:

WHAT PROMPTED YOU TO APPLY FOR CUSTODY OF YOUR GRANDCHILD?

My son had been doing drugs for a long time. I thought it was just pot so I was willing to tolerate it. But it became obvious that things were much worse when he admitted to taking meth. It all started adding up in my mind; the things he had done. It came to a head when he struck my grand-daughter. When he was high, he became mean. Her mom wasn’t as bad, but she was using too. I had to act. I called DCS. I honestly didn’t think anything was going to happen other than someone going to their house. But there had been so many calls that DCS took the child. Because of that, they needed somewhere for her to go and told us to file a Petition for Custody for grandparent adoption. We were told to do what we had to do to become immediate foster parents. During this time, I also talked to a friend of mine who was going through the same thing. You had helped my friend. She told me I needed to call you, so I did.

WHAT WAS THE BEST THING ABOUT GETTING CUSTODY?

The best thing about grandparent adoption was to know she was safe and that she wasn’t being exposed to drugs. While she was with us, we gave her what she needed. She hadn’t had that before because her parents wouldn’t hold jobs. She was 10 when we got her and she didn’t know how to ride a bike. We taught her and that was just such a big plus. She made friends on our street and became a normal kid playing with her friends.

The worst was the conflict between my husband and I. We didn’t plan on becoming parents this late in life. Our parenting styles were completely different. It took us a while to get on the same page.

WHAT MADE YOU DECIDE TO ADOPT?

WHAT DO YOU WISH YOU HAD KNOWN BEFORE STARTING THIS?

I never expected how hard the “not knowing” would be, and all the work we had to do. We became paranoid whether we’d have enough information to get the adoption approved. It was hard to raise a child, work, prepare our case, and adjust our relationship to this new reality. I really felt like I never had enough stuff to make it go through. Even at the end, we held out hope that the mother, in particular, would get her act together.

We decided to do a PACA for the child’s sake. She adores her mom and we felt that she should be able to see her and do things with her, have fun together. We kinda hoped this would teach her mom to avoid drugs, in order, to at least see her kid. I also worried about the agreement – that she might get her and we’d never see her again. There are some parents that shouldn’t ever see their kids again, but in our case, I felt it was important for our grand-daughter to know her mother and to spend time with her at least if she was clean. I work with kids. I feel bad for kids that I see with parents who shouldn’t be parents. I want to take them all under my wing. In my job, I see kids every day in foster homes that are so unhappy. I’d had a decent relationship with her mom in the past, and in the end, all things considered, I decided to take the risk. 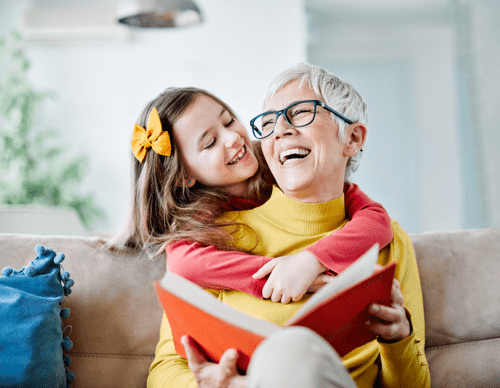 But she didn’t live up to her end of the agreement. It really hurt our grandchild. At some level, she still wishes to go back in time and be with her parents. This has been an adjustment for her and for us. I wanted to give her Mom a chance because she loves her little girl. I guess some things to some parents are more important than their own children and that’s sad. She only visited one time.

But our grand-daughter is happy. She loves being here where she has friends and we have a swimming pool! She has a nice house, all the food and clothes she needs, she has everything that is needed for school. She is at ease. And we love her.

We’re glad we did it.

If you have questions concerning grandparent adoption, or other types of adoption, please call Held Law Firm at 865.637.6550. One of our Knoxville Adoption Lawyers will be happy to talk with you. ~~Margaret