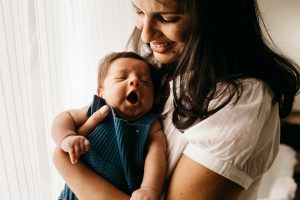 The first stage in any adoption proceeding is terminating parental rights of the biological parents. Unless you are pursuing a stepparent adoption, you must terminate both biological parents’ rights. A court will only terminate a parent’s rights if the petitioner can prove at least one of the legal grounds to terminate. The petitioner must also prove termination would be in the best interests of the child. Both of these things must be proved by clear and convincing evidence, which is a high standard of proof.

WHO CAN ASK TO TERMINATE?

Prospective adoptive parents, including extended family members caring for a related child, any licensed child-placing agency that has physical custody of the child, the child’s guardian ad litem, or the Department of Children’s Services have standing to file a petition with the court to terminate the rights of a child’s biological parents.

HOW DO I PROVE GROUNDS?

The state of Tennessee has identified 15 possible grounds for terminating a biological parent’s parental rights:

HOW DO I PROVE BEST INTERESTS OF THE CHILD?

Once at least one of the above grounds have been established by clear and convincing evidence, a petitioner still has to convince the court that terminating the rights of the biological parent is in the best interests of the child. There are a number of factors for a court to consider when determining best interests. These include the relationship between the child and their biological parent, whether the child has significant ties to their extended family and community that would be broken by termination, and whether the parent is able to provide the child with food, clothing, medical care, education, and other necessary care. If the child is twelve years old or older, the court might also take their opinion into account

Terminating parental rights is often the most difficult part of an adoption case. Once both biological parents’ rights have been terminated, the prospective adoptive family must show the court that they have met the requirements to adopt and that placing the child with the adoptive family is in the best interests of the child. This is the adoptive parents’ chance to demonstrate their ability to provide a loving, stable, and supportive home for the child. If the court finds that all of the requirements have been met and that the child’s interests would be best served by the proposed adoption, the court will sign an order finalizing the adoption.