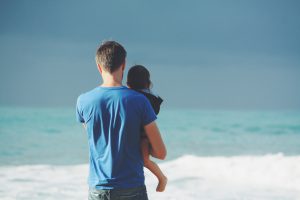 In recent years, many parents are claiming that the other parent is “alienating” their children’s affections during a divorce. Sometimes, a parent claims alienation to avoid taking responsibility for a toxic relationship with the children. Other times, it becomes a problem when a parent attempts to get their children to “side” with them. The truth is, proving parental alienation in a divorce can be a bit more complicated than some realize.

Tennessee Court has been very active recently in attempting to describe this phenomenon in a legal context. Knowing what the courts have come up with may help parents who believe parental alienation is a factor in their case.

Tennessee Courts previously defined it as occurring when a child “allies himself or herself strongly with one parent and rejects a relationship with the other parent without legitimate justification.” The alienated child “resists contact with the parent.” They may also show ”
gross contempt” for them. Or, they may display “irrational anxiety and/or hostility.”

AN EXAMPLE OF PARENTAL ALIENATION

In one case, the Court found parental alienation when a father consistently failed to follow a co-parenting schedule. The children both expressed an extreme preference for living with the father full-time. The Court found parental alienation after the children persistently denigrated the mother for extremely weak reasons and “reflexively” supported the father.

On the other hand, in 2019’s Nelson v. Justice decision, the Court of Appeals upheld the trial court’s ruling against a finding of parental alienation by the mother. The court found that she had not persistently rejected or denigrated the father to the extent of a parental alienation campaign. Rather, she voluntarily expanded his parenting time and did not influence their child’s negative feelings toward him. The court found that the estrangement between father and son was due to the father’s conduct, not the mother’s.

A child who simply prefers one parent over the other is not automatically being alienated. Nor will it be just because a parent says something negative about the other parent. It requires extreme rejection of one parent in favor of the other parent by the child. When a parent shows positive proof of efforts to accommodate the other parent – such as giving them additional co-parenting time – a court is unlikely to change custody based on a finding of parental alienation.

You don’t have to like your ex. You just have to be civil.

If you have been accused of parental alienation or fear your child is being alienated, give us a call at (865) 685-4780. There is a lot of litigation and misinformation about what it actually is. You will need an educated lawyer to help you navigate the recent case law and prepare your case properly.

The information in this blog was compiled and written by Margaret Held and is accurate as of the time of publication, but laws often change. That’s why it’s important to hire an attorney who keeps up with these changes. Contact us today.