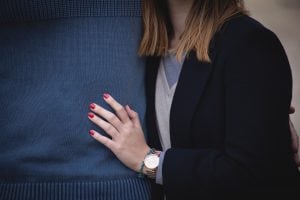 By the time you’ve filed for divorce, we know that your marriage is in crisis. But that actually does not mean that your marriage is necessarily over, so you might be wondering to yourself: is it possible to stop my divorce? At Held Law Firm, our job is not only to get you through the divorce process but also to advise you, in appropriate circumstances, of legal opportunities that can be used to save your marriage. After a divorce is filed, and before the final judgment, you can always “stop the train.” When clients tell us, ” I want to stop my divorce,” we advise them of these three options:

Especially with an over-burdened court system, it would be more than one year before the Court got to your case. Last year, we finally dismissed a case where our client told us that the moment she filed, her husband started behaving beautifully. She described her marriage as the happiest it had ever been but decided not to immediately file for divorce. “My husband’s biggest problem was that he took me for granted,” she said. “Once he figured out that divorce was an option for me, he straightened right up and became the man I fell in love with all over again.”

Now, we can all question whether a marriage that lives under this kind of threat is a good marriage, but for this client, it worked. For others, doing nothing is simply a moment for both sides to cool off for a moment, consider whether the marriage should or can be saved, and then, divorce or no, deal with one another in a calmer way.

If you choose this option, eventually, the Court will issue an “Order to Prosecute,” which is legalese for “you need to either pursue this divorce or dismiss it.” But this option is cheap, easy, and effective for many people whose marriages are in crisis.

2. You can enter an Order of Reconciliation.

With this option, the lawyers for both sides enter an Order formally placing the divorce on hold for six months. Typically, the Order will recite what steps the couple is doing during that six-month period to explore alternatives to divorce (such as counseling, for example).

This option is relatively inexpensive because a court appearance is not required, but it requires both parties to agree. The benefit is that while an Order of Reconciliation is pending, the couple can resume married life without compromising their legal positions if the divorce goes forward. It also maintains the statutory injunctions against selling, giving away, or borrowing against marital assets.

If you choose this option, after six months, the Order expires. Having that deadline is often a good incentive for couples to work on their marriage, or else make the decision that the marriage is well and truly over.

3. You can dismiss the divorce action.

Yes, divorce really is a train that you can get off. If you decide you don’t want the divorce, you can dismiss it at any time, all the way up to the day of trial. You can dismiss “with prejudice” or “without prejudice.” Without prejudice means that if you change your mind again within a year, you can refile the divorce and allege the same facts that led you to file in the first place. A dismissal “with prejudice” means you can never bring up those facts again.

If you choose this option, you must make sure that your spouse has not also filed a complaint about divorce. Both of you have to agree to dismiss it for the divorce to be dismissed altogether. If only one of you dismisses the Complaint, then the other person can pursue the divorce, and you are limited in what defenses you can raise. In recent years, we had a case where a wife dismissed her divorce against her husband, only to learn that he intended to move forward with his divorce case against her. She was not only devastated emotionally but unable to argue about the wrongs he had done to her effectively in court. That led to her inability to secure needed alimony payments.

In other words, we generally counsel against dismissal, at least at first. Instead, we are more likely to encourage you to either do nothing and take a breather or file an Order of Reconciliation.

But at the end of the day, it’s your choice.

You are the client, and you are the boss. Just know that filing for divorce is the beginning of a process of either fixing or ending your marriage – and not necessarily the end. We’ll be there for you no matter what.

If you’re considering a divorce and would like to schedule a case assessment, please call us at (865) 685-4780 to make an appointment with Margaret Held or another Held Law Firm attorney.